Is She The One? 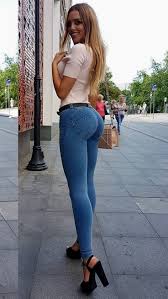 Probably not.  I say that up front because we don’t make the best decisions on relationships early.  You need experience to be a good judge of what a good relationship is or is not.  You must be mature enough to know what you want.  You have to unfortunately, guess more often than not.  Her having a “big butt and a smile” is not enough.  A good wife is a partner for life.  A good partner is a friend. A friend with benefits that you want to marry don’t make you not want to come home or duck them for peace of mind. A friend with benefits that you want to marry does not give you static.
A friend that you want to marry is not a security risk.  She is not likely to land you in jail.  She is not likely to surprise you with a baby.  She is not going to get you into a fight.
A friend you want to marry likes the same stuff you do.  Or if she doesn’t wants to learn.
Opposites don’t really attract.  There is something about you two that you like.  It could be as simple as you both work at the same place.  You both drive on the same road.  You both shared a glance in a crowded elevator.  You shared a weekend of great sex.  But everything else is whack.  Don’t do bad math either.  Don’t settle for some good and some bad.  What people show you early in your relationship will still be around five years later or be worse.
I am sharing this with you as someone who has survived almost everything you can go through as a boyfriend, fiancé and husband.
Marriage is good when you can share your life with someone with the same goals, dreams and values as you. Living together can expose some of the things we would normally hide from each other but even then it can cause more problems than you need.  People have problems. None of us is wrapped in perfect boxes.  Unfortunately, when we rush relationships, rush growth, we suffer.  Everyone grows differently.  Education and age are not great factors in telling maturity.  I have seen and heard men with PhD’s deliver love letters to love interest that bordered on juvenile.  In the relationship game, they were in elementary school even though they could quote theorems on quantum physics.  It is even tougher today for those that have embraced social media and don’t have good conversation skills.
It is not enough to say that a person you love, knows me.  A good marriage thrives on the open exchange of emotion, desires, and beliefs. Communication is one of the most important aspects life. When you can communicate, you can do almost anything. Through communication, you’d learn if your partner was honest, respectful, positive and open.  Through good channels they would indeed know where you were coming from even if you weren’t on the same level.  If she is the one, then the both of you would be able to put up with, deal, handle, and tackle anything the world threw at you, together. And it will.
You don’t want to fight at work, and at home.  If you do, she ain’t the one.
Check out these podcast:  Black Man With A Gun Show ,  Speak Life church , and  Indian Motorcycle radio  The Books, Kenn has written.

Black Man With A Gun Show

Buy Me A Coffee (support)

Buy me a coffee

I have an affiliate link that tells them you made a purchase from my site. I appreciate the support if you do.